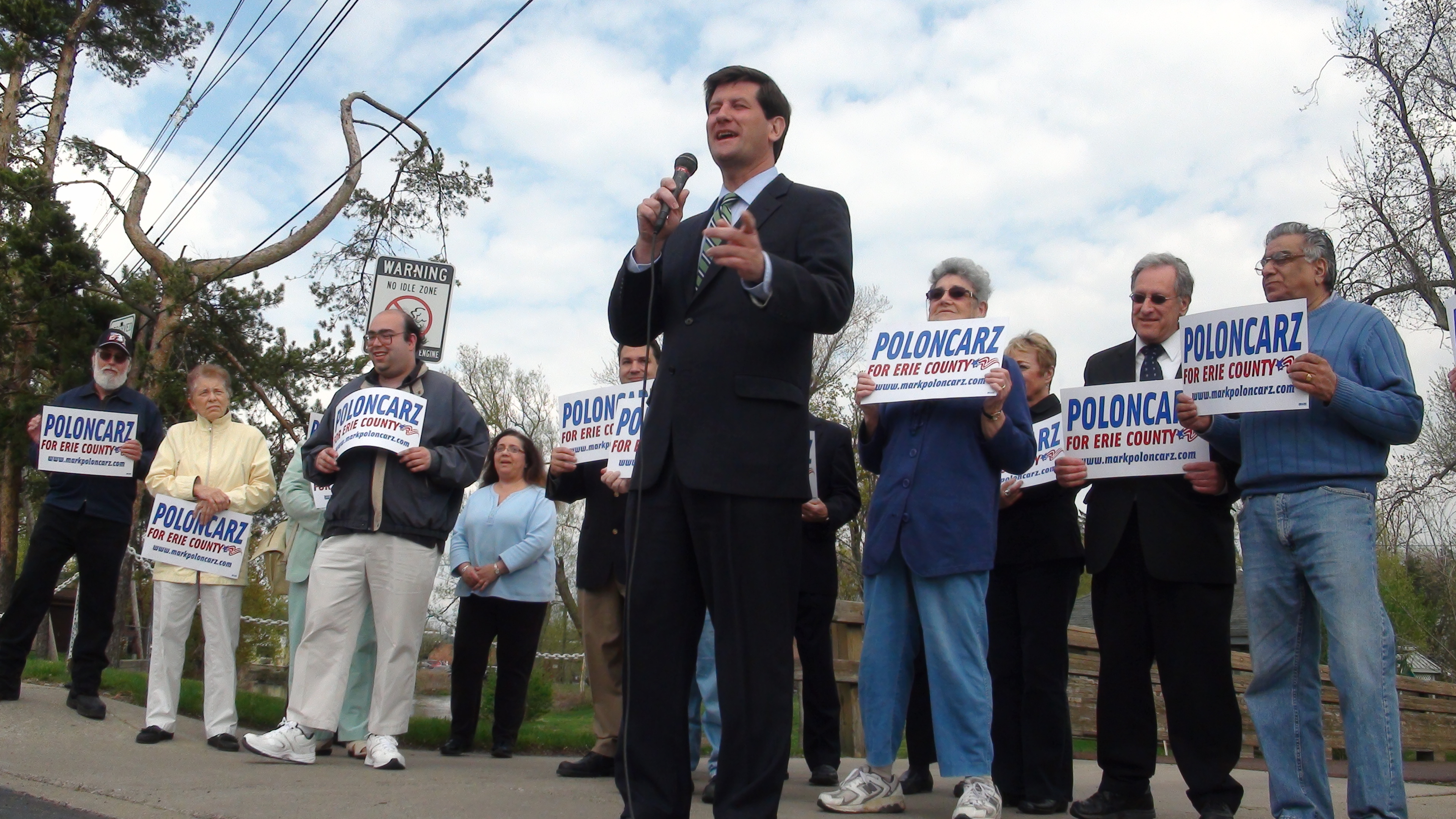 Standing before the Public Library in the City of Lackawanna, where he grew up, Poloncarz declared his intentions to change the “climate” of Erie County, to the thunderous applause of over 100 supporters.

If elected, he explained, his priorities will include fighting Medicaid fraud, restoring funding for arts and cultural organizations, and implementing a new comprehensive plan for job growth and economic development.

“A county executive should work with his partners in government, the private sector and others in order to move our community forward, be open to compromise and do what is in the County’s best interests,” Poloncarz said. “A county executive should be an inclusive leader for the entire county: urban, suburban and rural. Chris Collins has instead been a divisive figure, pitting urban versus suburban while neglecting the needs of our rural constituents. Erie County deserves better.”

Collins, who announced his intention to run for re-election in late March, has sparred loudly and publicly with Poloncarz in the past, most recently during the 2011 budget negotiations.

Collins slashed funding for the auditing staff in Poloncarz’s office, prompting Poloncarz to tell reporters that the cuts were made purely out of personal spite. “He hates me,” Poloncarz said.

In response to the launch of the Poloncarz campaign Saturday, Collins’ spokesman Grant Loomis, issued the following statement:

“Mark Poloncarz has built a record of being on the wrong side of taxpayers time after time.  Poloncarz has politicized the Comptroller’s office with audits that provide no value to taxpayers and has proven incompetent at the basic functions of his job.  That’s what happens when every decision you make is pre-approved by your party boss to better position your own political career.  The hardworking taxpayers of Erie County deserve better and that’s why they know they can always count on Chris Collins to stand up for them.”

Although the Erie County Democrats have not formally endorsed Poloncarz for County Executive, Democratic Committee Chairman Len Lenihan calls Poloncarz a “leading candidate” for the endorsement.

“We think Mark Poloncarz is strong for a number of reasons,” Lenihan told WBEN Saturday. “First and foremost, he’s been the county comptroller for the last five years, and knows county government and county finance better than anyone. He audits the departments, he knows what the managerial problems are, and at the same time, he understands what we have to do to get our financial house in order.”

“Mark also has a vision for the future of this community. He is… what I would call, a practical idealist,” Lenihan continued. “He has high ideals, good solid values. At the same time, he’s practical about what needs to get done day-to-day in county government for our community to be successful.”