Democrats back Poloncarz for EC exec 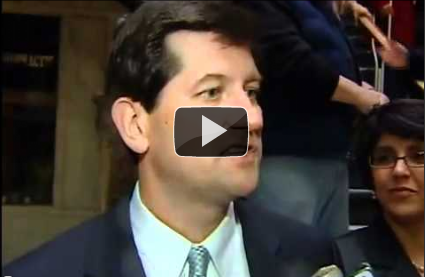 5-17-11: Courtesy of WIVB. The race for Erie County executive is this year’s other big race. Comptroller Mark Poloncarz picked up the Democratic endorsement Tuesday night at the Ellicott Square Building. Poloncarz says the GOP incumbent Chris Collins still has his eyes on the governor’s office. Poloncarz said, “I think it’s fair to say that the entire Democratic community of New York state is gonna be united behind my effort because they understand that Chris Collins is the antithesis of what the Democratic party represents, which is representing the people not just the few.”