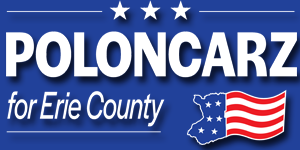 “Yesterday, thanks to the reporting of WKBW and the Buffalo News, we learned that Christopher Grant, former chief of staff to Congressman Chris Collins and current campaign manager and spokesperson for Lynne Dixon, the Republican Party’s candidate for county executive, engaged in illegal insider trading. As documented in a sworn statement of a FBI agent, Mr. Grant illegally profited from the same insider trading information that has resulted in the indictment and upcoming trial of Congressman Collins.

This is not the first time that Mr. Grant has been in the cross-hairs of law enforcement. Previously, his house was raided by law enforcement as part of a public corruption investigation that resulted in the conviction of two individuals: Steve Pigeon and a sitting judge. Then we learned Mr. Grant’s phone was confiscated and examined by law enforcement as part of the Collins’ insider trading investigation. Now we learn Mr. Grant was not just a potential witness to Congressman Collins’ alleged crimes, but actually participated in insider trading himself.

Insider trading is a serious crime. Regardless of whether he has been charged with a crime, a charge that still may be pending, Mr. Grant’s repeated history of being involved in corruption and on the wrong side of the law indicates he should be nowhere near a public office, nevertheless the head of a campaign for county executive. The people of Erie County and New York deserve candidates for public office, as well as those who advise them, who are not corrupt.

As such, I call on my republican opponent to fire Mr. Grant from whatever position he holds with her campaign, cut all ties with him and his firm, Big Dog Strategies, and publicly confirm or deny whether she may have received any insider stock trading information from either Mr. Collins or Mr. Grant.

I also call on all local elected officials and candidates for public office from any party, as well as the Erie County Republican Committee and New York State Republican Committee, to cut all ties with Mr. Grant and his firm. Mr. Grant has shown a wanton disregard for our system of law, and any person who employs or relies on him in any capacity does not show the good judgment necessary to represent the people of our community.”